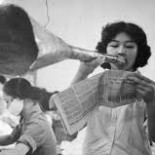 The essay film, made in the form of a letter exchange between a man and a woman, was inspired by the fact that the government of Vietnam plans to build the country’s first two nuclear power plants in Ninh Thuan (formerly known as Panduranga), right at the spiritual heart of the Cham indigenous people, threatening the survival of this ancient matriarchal Hindu culture that stretches back almost two thousand years.

At the border between documentary and fiction, the film shifts audience attention between foreground and background, between intimate portraits and distant landscapes, offering reflections around fieldwork, ethnography, art, and the role of the artist.

Intertwining circumstances of the past, present, and future, the film also unfolds a multi-faceted historical and on-going experience of colonialisms, and looks into the central ideas of power and ideology in our everyday. 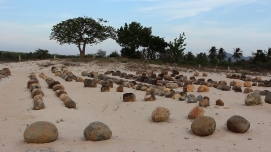 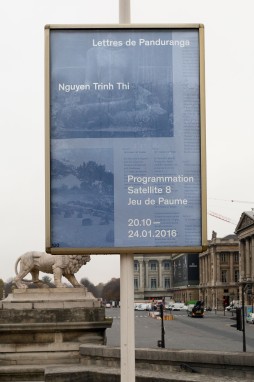 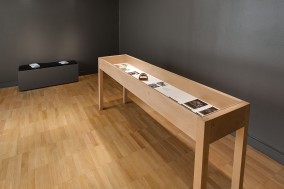 This entry was posted on May 21, 2015 by nguyentrinhthi in Uncategorized.